BizCom Interns – Oh, The Places They Have Gone!

The end of the year is upon us. And for many fall graduates, the end of college too. That got us thinking about the recent blog we posted about several of our former BizCom interns. We caught up on some incredible stories and the exciting careers that have followed for them.

This time we wanted to dive a little deeper into the journey that two of our former interns have traveled. And, wow, have they traveled!

For this blog we’ll just go ahead and congratulate Nicole Morten and Brittany Hibbs for living out their dreams and taking what they learned from their earliest days in PR to excel beyond our wildest expectations. But, then again, they were pretty awesome all along!

From keyboard to camera – The visual art of storytelling

Since the very first day interning at BizCom, Nicole impressed us with her well-crafted stories. All she wanted was to become a writer.

Yet with a broadcast journalism degree at the University of North Texas, she found a passion for a way to tell her stories that changed her career path in communications forever.

“All of my journalism professors at The University of North Texas introduced me to the art of visual storytelling through video,” said Nicole. “Once I mastered the art of creatively telling stories through video – I was hooked.”

After BizCom and graduation, she became an investigative TV news reporter, which she thought was very similar to be her PR background. She enjoyed going out into the field every day, covering a story and then pitching her story and selling it to not only the news director, but also to thousands of people at the end of the day who would be watching it.

As a reporter, she was given an assignment and expected to turn that ordinary story into something extraordinary for the 6 o’clock news. After watching her stories, Mike George, her mentor and former news director, would always look at her and say, “Nicole, you just turned ‘Water to Wine’ with that one! Hell of a job, sister!”

That was when she decided to become her own boss to capture important and incredible moments of others’ lives. In 2010, Nicole started a video production company called “Water to Wine Productions.” Three years later, in 2014, she ‘retired’ her hat as a news reporter to entirely focus on her video production company. Now, Nicole and her husband have traveled as far as Ghana, Africa to tell stories. Whether it is a cinematic wedding film, commercial, aerial videography, real-estate virtual tour or web commercials (webmercials), Nicole and her team can make a uniquely tailored product – one that will be remembered forever.

Either with a keyboard or a camera, Nicole has never failed to surprise us with the power to turn everyday stories into something outstanding. She has lived her passion to craft stories and found a career that allows her to make a difference and touch people’s lives.

From PR to non-profit – Learning about other ways of life

It is not easy to pursue a career in the non-profit sector, given extra service hours, low wages, constant traveling and much more. That’s why we have been so impressed with our former intern, Brittany Hibbs, for what she has been doing since leaving BizCom and graduating from college.

Interested in communications, Brittany applied what she learned from her journalism degree and her internship at BizCom to support non-profit initiatives. After her graduation in 2009, Brittany worked in development and donor engagement for United Way of Metropolitan Dallas, a non-profit organization that provides financial support for people in need across North Texas.

Her burning passion to contribute to the community urged her to do even more. In 2014, Brittany joined the United States Peace Corps – the preeminent international service organization that sends Americans abroad to tackle the most pressing needs of people around the world.

She traveled thousands of miles away to teach English and life skills at a primary school in Lesotho (Luh-soo-to), a small country in Southern Africa for one year. 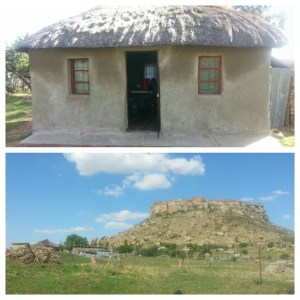 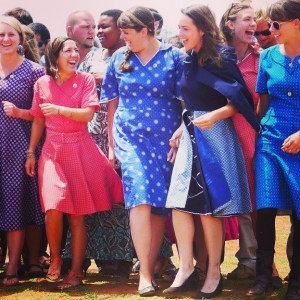 “I relish in living and working abroad because I have so much to learn about other ways of life, where there is neither electricity nor running water,” Brittany said.

She lived in a remote farming village and interacted with the locals every single day. She taught kids English and life skills at school and helped the neighborhood raise awareness about HIV/AIDS. She helped the community start work on their very first library in the hope that it would continue the education efforts for the region even when her mission ended after a year.

Despite the poverty and underdevelopment, Brittany will always consider Lesotho a gorgeous place. Not only because of the so-called goddess nature of the area which is known as “The Mountain Kingdom.” But also because of the Basotho (the people living in Lesotho) who have become her people, her friends and her family. 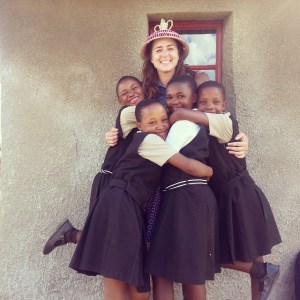 “No matter where you go or what line of work you choose, success and fulfillment always boil down to your relationships,” Brittany said when we asked her to share the most valuable thing she learned at BizCom.

And, yes, she has created and nourished wonderful relationships with not only people around her in America, but also the less privileged from underdeveloped countries across the globe. Way to go, Brittany!

Nicole and Brittany give new meaning to community relations, special events, storytelling and so much more. All facets of the wider public relations umbrella, their careers speak volumes for what’s possible in our industry and beyond.

BizCom is always looking for great candidates like them with a passion for the business, real skills and an inherent ability to tell good stories. If that sounds like you, please don’t hesitate to contact our internship coordinator, Account Executive Lindsey Young at Lindsey@bizcompr.com.

Two decades later, times have changed and so have we

Buying Businesses in a Pandemic is a Real Thing

Leading By Example in a Crisis